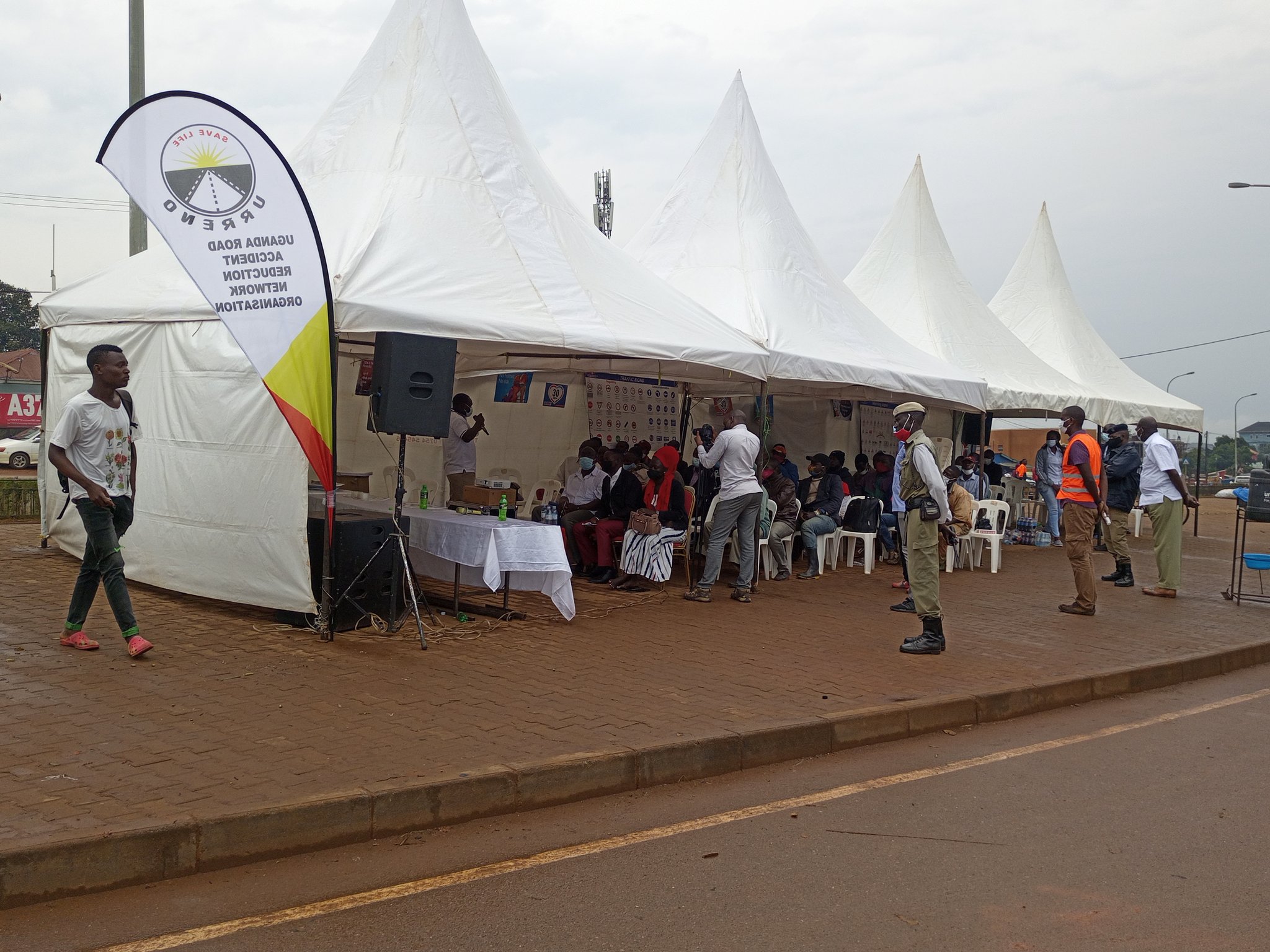 URRENO has joined Nicole Foundation-one of our other partner road safety Non-Government Organisations (NGO) to carry out an awareness raising campaign with motorcyclists as one of the activities lined up in celebration of their one-year anniversary.

Nicole Foundation is a road safety Non-Government Organisation (NGO) whose main target audience are the youth. It was established in memory of the late 16-year-old Nicole Blessing Ahumuza Rubondo who passed away in a fatal car crash during her S.4 vacation on 18th January 2020 in Kasese. The 15th day of January 2022 had us partner with Nicole Foundation to carry out an awareness raising campaign/training with motorcyclists/ boda boda riders at Abaita Ababiri.

During the training, our day’s facilitator- Mr. Ronald Nanjubu emphasised the importance of rightly wearing a helmet, categorized the different helmets on the market and what a standard helmet should look like. He further elaborated on the impact of a helmet in the event of a serious road crash and how the helmet can protect the skull from any injury if it is a standard one and worn rightly.

In attendance was Mr. Kavuma Paul, the Chief Executive Officer (CEO) of the Uganda Insurers Association (UIA) who elaborated on issues related to insurance, how to register for it and how one can claim compensation in the event of a road crash.

The one-year anniversary celebrations were climaxed on Sunday 16th January 2022 with an exhibition of partners like Tondeka bus company, Nicole Foundation and URRENO at St. Mark’s Church of Uganda- Entebbe. In attendance was the Guest of Honor- Major General Edward Katumba Wamala who commiserated with the family upon the untimely passing of Nicole who had a promising future based on the testimonies from her family members and schoolmates. In his capacity as the Minister of Works and Transport, he appreciated the establishment of this foundation in a bid to increase awareness of road safety among the youth who are the biggest victims of road crashes.