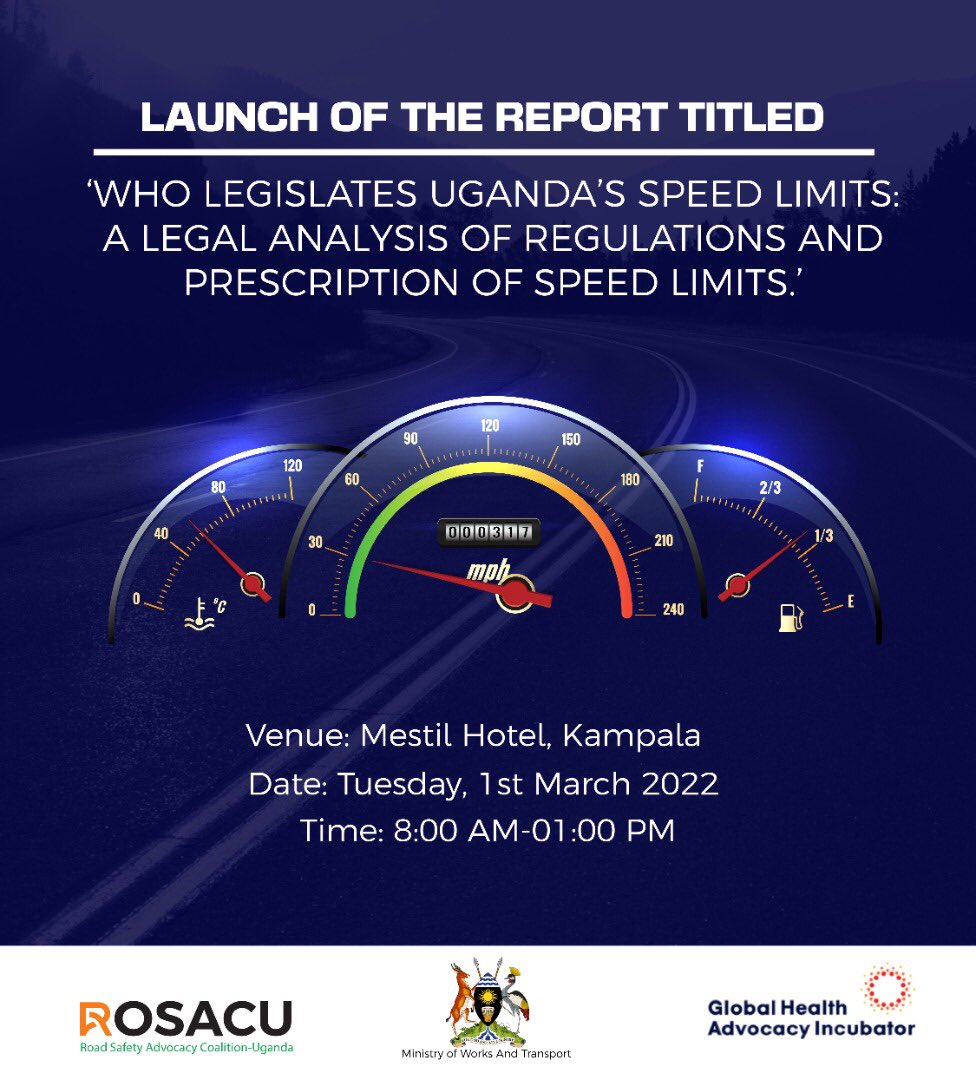 Uganda Road Accident Reduction Network Organisation (URRENO) has joined other Road Safety Coalition Uganda (ROSACU) members today for the Launch of the “Who regulates Uganda’s speed limit report.” This has been made possible by the support from Global Health Advocacy Incubator (GHAI).

At the report launch hosted at Mestil Hotel Nsambya, Hope of Victims of Traffic Accidents (HOVITA) Executive Director, Mr. Sam Bambanza noted how the Uganda Police Annual Reports indicate that the country loses about 3,600 people to road crashes annually which is very high, with speeding accounting for approximately 36%.

Mr. Benon Kajuna, the Director of Transport at the Ministry of Works and Transport was the day’s Guest of Honor, representing the Minister- Maj General Edward Katumba Wamala. In his speech, he committed to ensure that the recommendations in the report are considered for implementation by the ministry. He further noted that reducing the speed limit by 5% will reduce fatalities on the road by 30%.

Members of the Youth Coalition of Road Safety were also represented by Kenneth Mulinde from the Youth Arts Movement. He noted that the freedom of movement is a fundamental human right and that there is need to support the youth by advocating to strengthen public safety for vulnerable road users. He further expressed their commitment to carry out awareness for safe road use among the youth, sensitization of peers, youth addressing global road safety and presented a youth petition and commitment form to endorse voices of the youth in road safety.

With the present increase in motor vehicles in the country and significant improvement of roads, there is need for robust speed management efforts to reduce road crashes that lead to many fatalities and injuries and resultant national economic and social burdens.

Attached below is the launched report.