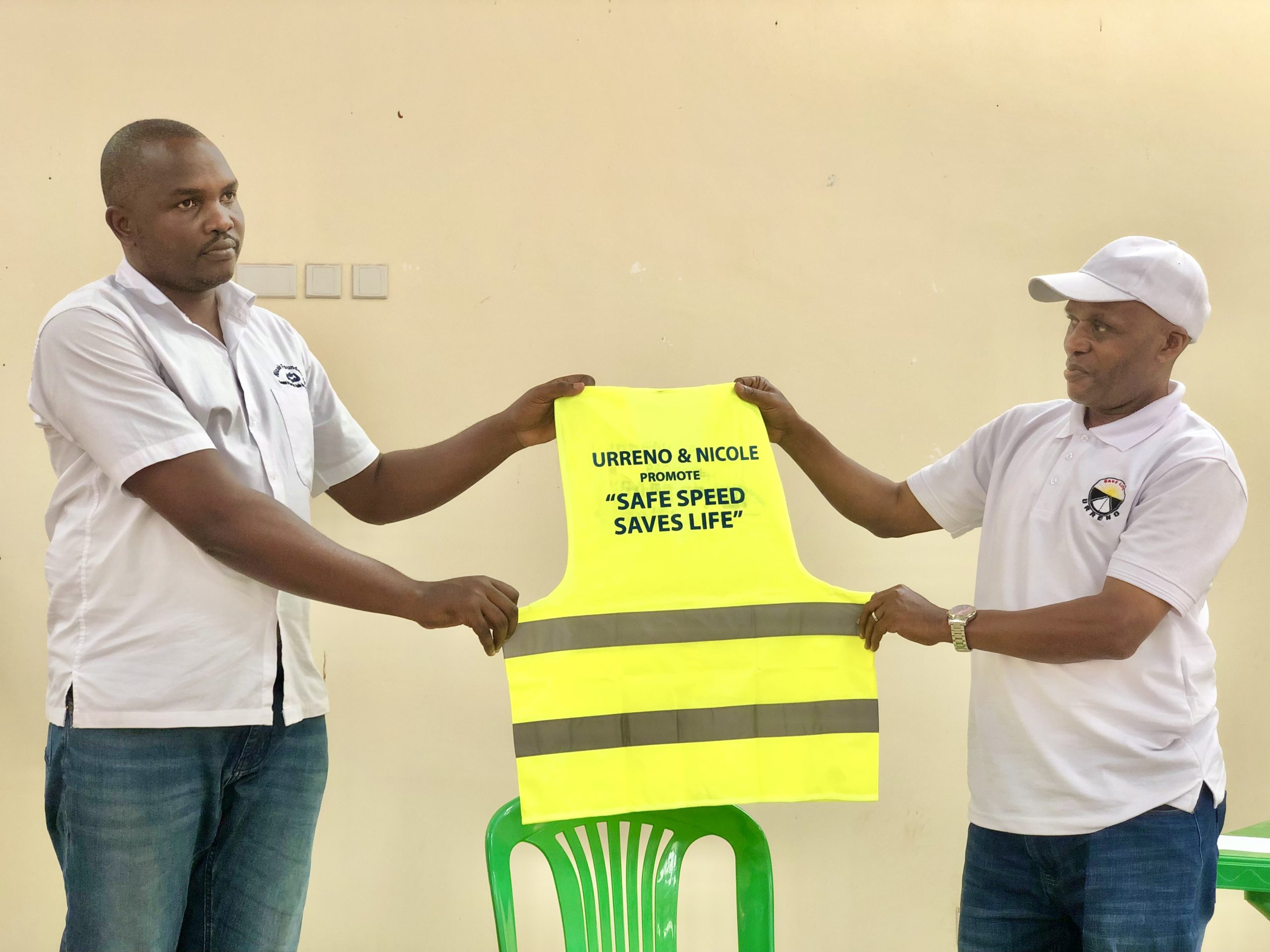 The Nicole Foundation, a road safety Non-Government Organisation (NGO) that is committed to road safety through involving the voices of young people is due to celebrate its second-year anniversary. As has been the tradition, a sensitization campaign is part of the weekend-long activities attached to the celebration.

For this year’s celebration, we partnered with Nicole foundation to carry out a sensitization campaign of bodaboda/ motorcycle riders in the community hall within the Kitooro Market premises. The day’s facilitator, Paul Kwamusi shared demonstrative videos where the riders witnessed several road crashes caused by human negligence, turning heads in admiration of women while still in transit, driving at uncontrollable speeds among others.

URRENO’s Director, Cuthbert Isingoma also addressed the over 40 riders that were present about the importance of following the laws and regulations put in place in regards to transport because they are present for the rider’s safety on the road. He further encouraged the riders to embrace the habit of procuring of the driving licenses for motorcycles and insurance as these can help them in the event of a road crash.

Summing up the training was URRENO’s Executive Director, Fred Tumwine Nkuruho who appreciated the riders for their exhibited hunger for knowledge and making the study compilation worthwhile. He went on to encourage the riders present to share the knowledge that they have picked from this sensitization campaign with their counterparts who could not make it physically for the session.

Fred concluded his presentation by handing over reflector jackets and copies of the highway code to the Nicole Foundation team who in turn handed the offered items to the Chairman of the Kitooro Boda Boda Association for distribution among the riders present.